It’s safe to say this hasn’t been my best week. Things kind of hit me this week. Hell a lot of things hit me this week! But I’m ok, bouncing back each day. So, Sunday, Z didn’t go anywhere yesterday as he wasn’t well. This morning back to his usual self. Even eaten toast and drank his milk by 8am.
Things don’t always go to plan well not if you don’t have any! Spur of the moment and as it’s still sunny, we shall meet J and E for a walk. But Z decided he was having a late afternoon nap, and as he’s waking E decides well now it’s her turn! So, coffee at  J’s it is.

Z have finally figured out that the little animals fit nicely in Noah’s ark! What ever he plays E watches, come on they are her toys after all! After trying to get most of them off him, throwing them back to him, she goes in for the kill with a big sloppy kiss! She loves him really! 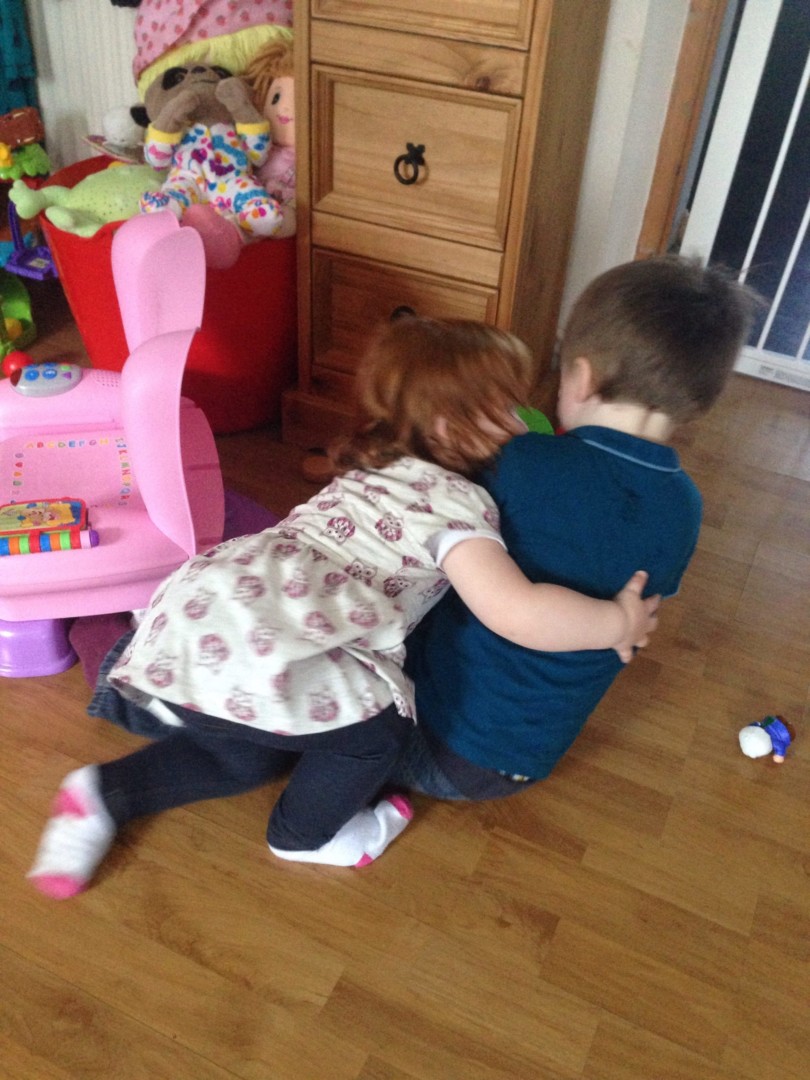 Its funny tho, coz when E try’s taking stuff off him, J shouts “no” and Z cries! He don’t like the word no! Hopefully they’ll have that type of friendship in E can pick on him, take any thing off him, give it back with a kiss, but no one else can, she’ll stick up for him! Cheers E!
It’s crazy to think that E don’t see a difference in Z to any other kids, maybe she does I don’t know that, but all the children we bother with on a regular basis accept Z, they know they are to be wary coz he runs, they keep out of his way. It’s the  parents, (other parents not my little group), who give the snide comments that all he does is run. So at what age do children see different? Do they pick these things up from parents? Having a child with additional needs, makes me take a second glance, when a child is screaming in the street, or in the shop for something. We don’t know who that child is or what that parent is going through. (This post has gone a little random). Maybe what I’m trying to say is why are us as parents so judgemental? Who says your little baby who’s just sitting there right now won’t be a runner at two like Z? Who says your little darling will still be the little darling at 14? I think as parents we have a lot to deal with, without other parents snide comments. Can’t we all be in this together?